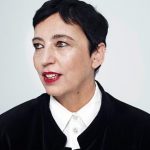 In 2014, Beatrix Ruf (1960) was appointed Director of the Stedelijk Museum Amsterdam after being Director of Kunsthalle Zürich from 2001-2012, Director of Kunsthaus Glarus, Glarus from 1998-2001 and Curator at Kunstmuseum Thurgau, Warth from 1994-1998. In Amsterdam she continues an international renowned exhibition program, initiating traveling surveys of contemporary artists like Tino Sehgal, Ed Atkins, Isa Genzken and Seth Price. In 2006, Ruf curated the third edition of the Tate Triennial in London and was Co-Curator of the Yokohama Triennial in 2008. She has been a member of the think tank core group of the LUMA foundation since 2010 and the Board of the Mark Morrisroe Estate since 2004. In 2013 Ruf co-founded POOL, a postgraduate curatorial program in Zürich.